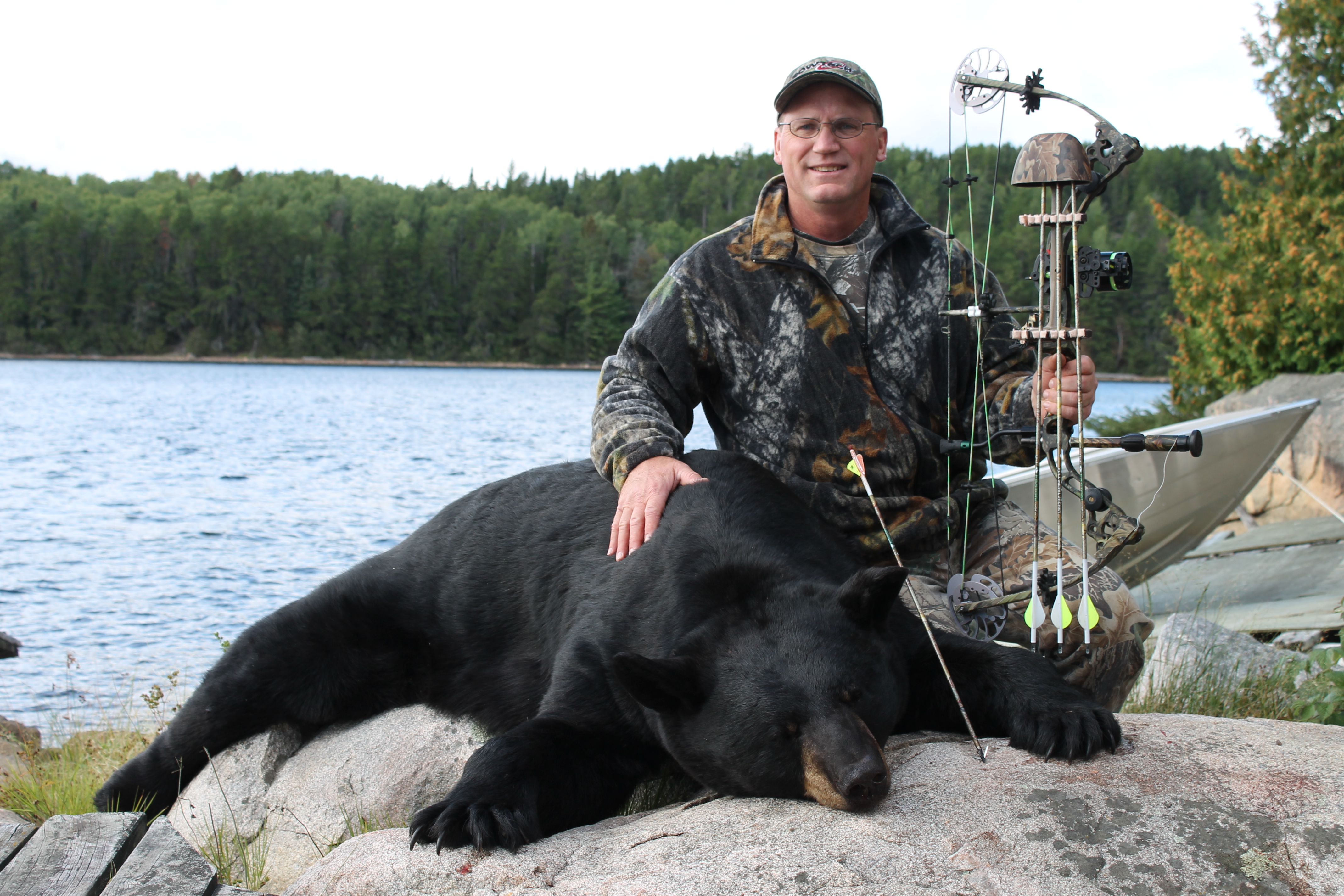 123►
2019 pricing – 7 or 4 day bear hunt includes guaranteed active bait sites with ladder stands, flight, guide to take you to and from your stand, 16′ princecraft boat with pedestal seats, electric start, electronics and all gas, cabin, food provided, hanging and weighing of bear, help with tracking and removal of bear.
Does not include – license, (can be purchased at anglers pro shop in nestor falls) bear processing fee (fly out bear to be picked up, processed to your order, skinned and frozen for taking home – $250.00 + whatever processing package you decide on)
Package Price – $2500.00 for 7day hunt plus tax